Lost and Found – or – Some Liars
Friends, whether it’s a letter, an ad, an article or book, there’s nothing more humiliating than a typo. Well I just caught my first one in the pages of For Art’s Sake, right there on page 161. No matter how many times you read and re-read for those glaring errors they seem to evade you until that day of reckoning, the printed piece.
So I’d like you to know that the photo at the bottom of page 161 is actually a scene from the Vogue comedy, Lost and Found (released August 6, 1916), and not from Some Liars as I gave erroneously. DOAH! 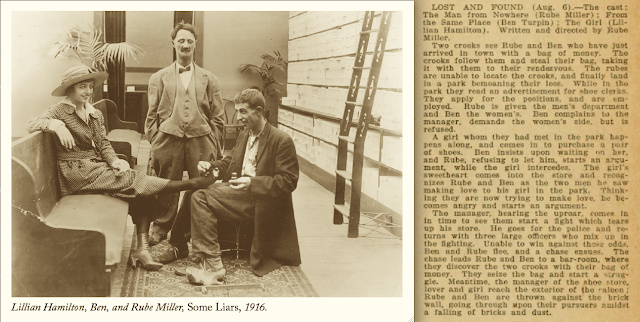 Posted by Steve Rydzewski at 9:07 PM

Steve Rydzewski
Philadelphia, Pennsylvania, United States
Professionally, I am a graphic artist/illustrator whose hobby and fascination is the life and career of Ben Turpin.